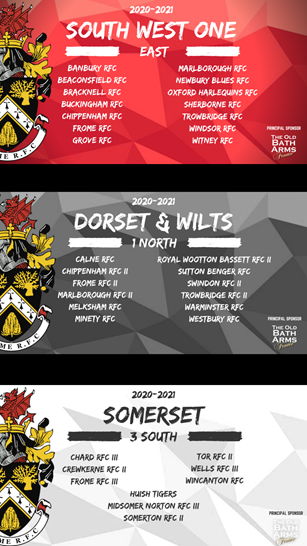 A message from Director of Rugby, Cameron Hastie |
It’s with great pleasure that the club can announce the new league in which Frome RFC XV will complete in next season.  South West 1 (East) will see the team go up against some formidable opposition, however, the coaches, under the watchful eye of Toby Culff and the players have all worked extremely hard and have shown that they have earned the right to be promoted, and play at a higher level.
The promotion to South West 1 (East) brings with it a much needed change in opposition and will see the team travel to location such as Bracknell, Newbury and Windsor, we hope we can attract and maintain the loyal supporters of Frome RFC to travel and share in our success and have fun along the way. On behalf of the club I’d like to thank you all for you loyalty and continued support, it’s very much appreciated.
To the players, all the players, we have worked hard to get to where we are, let’s continue to do so, this is not just a club effort but very much a personal effort with buckets of commitment. Let’s write history in the lines of the club, promotion to level 6 and remain and set our goals higher.
As Director of Rugby, I have so much pride, not just in the appointment but as a player, pride in the way our club do business, in the way players display the code of practice and the way in which members pull together as a family, we should all be very proud. Club means more to me than just an organisation, it’s:
Finally, I would like to thank the committee for their continued support and all the back ground staff for their efforts, that often goes unnoticed.
Now let’s go forward together as a club, and let’s show this new league what Frome RFC are made of, thank you.
The announcement of next seasons league structure also include our 2nd XV who will continue in Dorset & Wilts 1 North, who secured a well earned mid table spot following promotion and our 3rd XV who remain in Somerset 3 South.
🔴⚪️⚫️ #FromeRFC #Frome
Tweet
Tweets by @FromeRFC