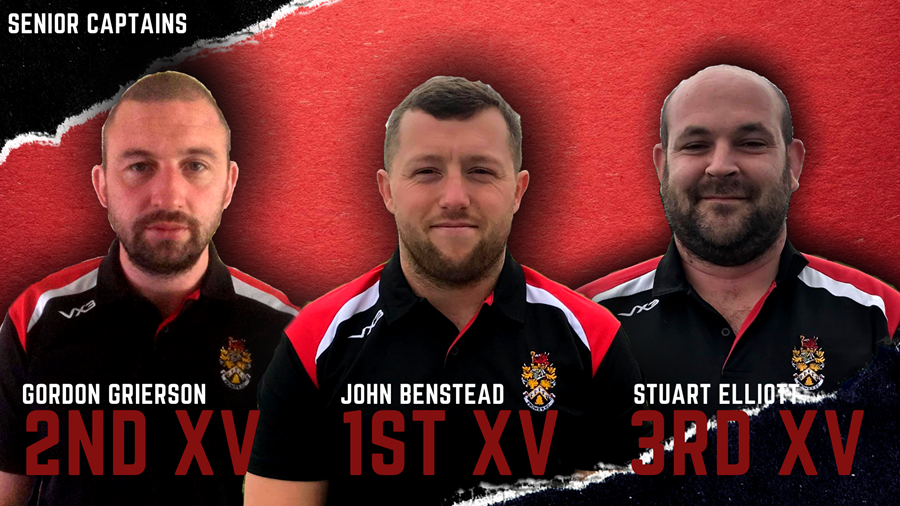 Frome RFC are delighted to announce the Captains for the upcoming 2020/21 season, with John Benstead continuing as Club & 1st XV Captain as they prepare for South West 1 (East), and having only reached level 6 rugby a few times in the past the Club are looking forward to the season ahead.
Benstead commented “I’m looking forward to the season ahead and the challenges it brings at level 6 rugby. Having gained promotion to South West 1 (East) won’t be easy but I’m sure with the players commitment and hard work, we can successfully hold our own and stay up in the league. I can’t wait for the season ahead and i’m proud to Captain such an amazing Club for another season.”
Gordon Grierson will continue to Captain the 2nd XV as they remain in Dorset & Wilts 1 North league following promotion into the league last season. Grierson commented “It’s an honour to be selected as the 2nd XV Captain again for the upcoming season. I’m looking forward to some sterling performances from the team in their second season in Dorset and Wilts 1 North. The team have proved they deserve to be at this level so now is the year to improve on that and finish at the top”.
The Frome RFC 3rd XV will have a new Captain at the helm with Stuart Elliott taking over from Richard James. A huge thank you to James for his many seasons as 3rd XV Captain as he steps down. The side will continue in Somerset 3 South. Elliott commented on his new role “I’d like to say how proud and excited I am to be named as Captain of a great team and family. The 3rd XV will continue to be a breeding ground for the Club to introduce new and old players back into the fold. Thank you again for this opportunity, I look forward to mounting a serious challenge for the top spot and promotion”.
Frome RFC continues to follow instructions and guidance from both the Government and RFU and will aim to keep all supporters up to date with any information.
Tweet
Tweets by @FromeRFC