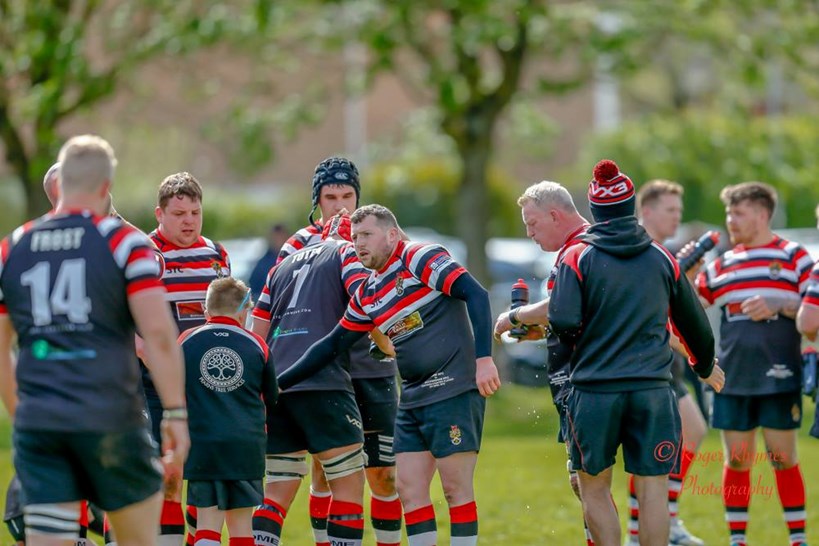 It only seemed a short time ago we were capping off a hugely successful 2018/2019 campaign at 'The Lane' and during the off season the backroom staff have been busy preparing for whats hoped to be another brilliant year for he club. Along with the preparations the Captains for the 2019/2020 season have been announced for our senior sides.

Following the announcement of this seasons Captains, Director of Rugby Cameron Hastie had this to say "As DoR of Frome RFC for the last 3 seasons it has become apparent that the club, players and coaching staff are relentless in the pursuit to better themselves. Last season was yet another example of this, which saw the 1st xv come 2nd in the league, 2nd xv promoted and the 3rd xv preform very well throughout the season and establish themselves back into a league table next season. The Coaching staff, under the control of Head Coach Toby Culff have worked tirelessly on a game plan for all 4 teams to implement (1st, 2nds, 3rds & Academy) with great success.

We welcome back the skippers for all 3 senior sides, John Benstead who was instrumental in the 1st team success, Dean Marshal who lead the 2nds to promotion and Richard James who through his hard work, dedication and perseverance allowed player an opportunity to play as much rugby as they wish to.

It would be remiss of me if I did not mention the support from our main sponsor Richard from The Old Bath Arms, thank you. Finally my appreciation to all the background staff from Media, Membership, Groundskeepers to the Club staff, without your continued effort the season would have not been the same. Our goal for the 2019/2020 season will be to come top of the league."

Following last seasons successful campaign finishing 2nd in Southern Counties South, Frome RFC 1st xv Captain John Benstead will continue his role for the 2019/2020 season, and this season hoping to go one better and gain Promotion. He commented "I want to say it is a massive honour to be able to be Club Captain for another season and have the backing of the Coaching staff and the players. I’m looking forward to this season and feel really positive and really hope we can build on last seasons success and take the club to the next level.".

Dean Marshall will continue to take charge of the Frome RFC 2nd xv following their fantastic season which saw them promoted into Dorset & Wilts 1 North he commented on the announcement "The Frome RFC 2nds are going to aim to build on last seasons success. We are retaining the majority of the squad and hope to welcome new players into the fold. We aim to be competitive in this league and get as high as we can, whilst helping support the 1st xv promotion push. Overall, we want to win and have massive amounts of fun in the process."

Taking charge for a second season of the Frome RFC 3rd xv Richard James commented "I'm delighted to be entering my second season as 3rd xv Captain, with last season seeing us post some strong results the emphasis is to push on into the league and win as many games as possible - we have a strong core group of players, plus the talent coming through the youth ranks at the club, will be going into the with the ability to win. I'll be supported by Andrew Greenwood and Steven Ruddick as joint Team Managers, who will assist with the pre match preparations and will also be looking to progress our training levels."

Head Coach Toby Culff added to the announcement "I'm absolutely delighted that John, Dean and Rich decided to stand for Captaincy again. They all did a fantastic job last season and their commitment and determination was crucial to the club's success. The role of Captain is still vital in any team sport and the leadership and continuity they're providing will be of enormous benefit to our three senior teams. I'd like to thank them for their support and enthusiasm, and wish them good luck in their roles.”

With preseason kicking off (on July 2nd) the seniors will no be training each Tuesday & Thursday in the build up to the 2019/2020 campaign with a round of warm up fixtures due to be published shortly.