Frome Rugby Football Club began to represent the town from which it takes its name in 1883.

There were a number of local sides playing regularly but these represented local organisations rather than the town itself. In 1886 the club affiliated to the Frome Athletic Club. Although the records are missing, it would appear that the first Captain was probably H. B. Sheppard. Until the First World War the clubs main Headquarters was at the Angel Hotel, games were played at Wallbridge. At the Annual General Meeting on Thursday 16th December 1886 it was discussed that a second team should be set up and an invitation to Lord Weymouth to become President of the club, this was duly accepted.

What then was it like to be a member of Frome Rugby Club in the 1880s? Certainly any excuse for a dinner was good enough. On the field of play there was a variety of opposition. Shepton Mallet had a team as did Selwood Printing Works. For the match played against the latter on 19th February 1887 it is recorded that a large crowd was expected: “Attention is drawn to the fact that a hole was made in the hedge surrounding the Pitch and anyone doing the same or similar deed will be prosecuted” The field was kindly loaned by Mrs Sinkins. It was normal in those days for large crowds to attend and to pay gate money. At the Athletic Clubs meeting at the end of the 1888-1889 it was recorded that the cost of running the Rugby Club for the season as £5.8s.7d Nine days after the outbreak of the First World War, the Rugby Union called upon its players to join the forces, this was taken up by the players of Frome Rugby Football Club. So devastating was the effect of war that it was not until 1926 that the club finally started playing again.
On the 28th April 1926 a meeting of interested people was held in the Lamb Hotel, Bath Street and the club was formally re-established. The interest was such that a second team was formed, the home pitch in those days was at the top of the Nunney Road. Match fees were 1 shilling, transport was by any available means from bicycle to charabanc. The big social event of the year was the Annual Rugby Dance. The Annual Dance was a lavish affair whose importance upstaged even the Annual Dinner.

At the AGM held at the Lamb Hotel the Chairman presented Mr L. B. Browne with a wrist watch in recognition of his efforts in the successful revival of the club. Shortly after this the clubs headquarters moved to the George Hotel, which remained the principal venue until the Second World War. The record during the years between the wars showed a sharp decline in performance as both the 1st XV and the A XV lost approximately 50% of their matches played between 1926 & 1937. In the period after the Second World War the club was to face many problems. With many young local men still in the forces, much of the recruitment to the club was from military establishments. It seems that local schools did not supply the club with a ready source of players, since not much rugby was played.
Soon problems arose over finding suitable after match venues and the club was to lose the Nunney Road ground, which it had held since 1926. A joint venture with the Cricket Club and the Frome and District Agricultural Society led to the building of a new club house which was opened in 1975. Between 1954 and 1975 the club moved its playing fields from the Showground to Berkeley Road, thence to Bath Road playing fields, to Gypsy Lane. At times the club also played at pitches at Oldford, Clink Road and Critchill.

As regards Headquarters, also moves were not infrequent. The principal venue after the war was the Sun Inn, in 1953 they moved back to the Lamb Hotel. The next move was to Mansford wine vaults, from there to The Crown and on occasions the Vine Tree. Although results were respectable during the post war period, Frome was probably not one of the stronger clubs in the area. By the early sixties the club had reached a low point, it was regarded by many more successful clubs as a somewhat ramshackle affair capable of producing coarse rugby but not usually associated with the finer elements of the game.

However there is a time in the tide of the affairs of rugby clubs. Slowly during the sixties the clubs
fortunes once again began to pick up. It has been rumoured that if the raising of a first team during the mid-sixties proved a problem a certain senior member of the club, responsible for fixtures and getting a team together, would wait until just before lunch time on match day and then raid the local
hostelries in order to press gang reluctant recruits.

In the late sixties thanks to the persistence of its officers the club was once again able to field a Second Fifteen. By the early Seventies the First Fifteen was able to consistently give a good account of itself against all-comers and the club was now able to run four sides and occasionally a fifth side. Of the many factors which led to this revival in fortunes one of the most important was the introduction of Rugby at the Frome Grammar School (now incorporated into the Frome College). This provided the club with a ready source of young players. The indications for the future are that the club can now boast strength in depth, which should help it to achieve a high standard of rugby for years to come.

Instrumental in keeping this standard as high as possible is of course the youth policy of the club. Over the last few years the most significant development in the running of the club has been the youth section with the Colts/Academy XV and the ever growing Mini & Junior teams with age groups starting from U6’s through to U16’s rugby. The senior sides have also continued well with the
First XV competing in the Southern Counties South League (level 7) having narrowly missed out on promotion in the playoffs in 2019, the 2nd XV recently securing promotion into Dorset & Wilts 1 North, the 3rd XV in the Tribute Somerset 3 South League and the Academy XV competing locally. The Veterans (Frome Cavalry XV) still look to dust off the boots and take to the field against local and touring sides. 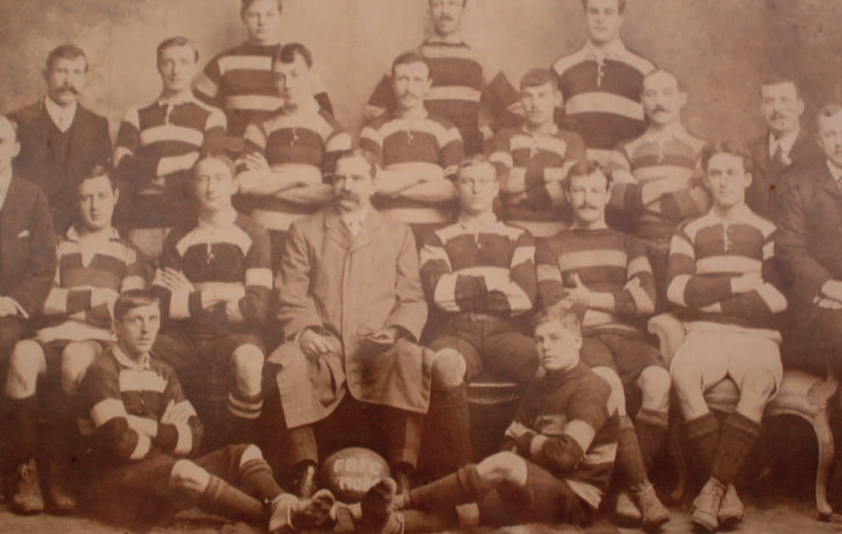